It is no secret that after experiencing trauma in the form of being a victim of abuse, you start to wonder why you ever trusted anyone. It’s extremely difficult to muster up the thought, “After all this trauma I have experienced, there are still good people out there.” It’s even harder to think about forgiveness – especially in the form of forgiving yourself, even after you keep convincing yourself it wasn’t your fault.

Abuse takes many shapes – physical, emotional, mental, sexual. These shapes often occur simultaneously, meaning abuse is never an isolated incident. Abuse is generally committed to gain power because the person committing the abuse feels powerless, or feels like they want to exert power over you. Abuse is also committed when people are mentally and emotionally unhealthy and unstable. These “abusers” have learned this behavior from people who probably abused them, or people close to them who are also “abusers”.

I quote “abuser” because it’s important to point out that the people committing acts of abuse are people, too. This is not to say abusers are still good people, just to say that they have souls, too and may also seek repentance, may also feel guilt, or may also be suffering.

This is key when trying to find compassion after you’ve been abused – you have to try to find the humanness in someone you once seen or currently see as a monster. 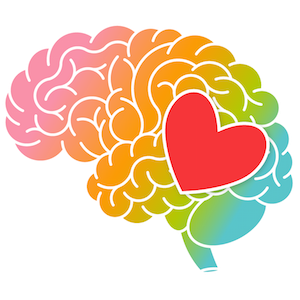 When you name someone to be a monster, or even as abuser as I just did, you are essentially dehumanizing the person. They no longer have feelings, a personality, a family, a life – they are just what you deem them to be – a monster or an “abuser”. People who commit acts of abuse often use this tactic to manipulate their victims, as well. They will dehumanize you to the point of normalization. They will take what they can, including your personhood. In a fucked up way of looking at things, when you deem someone a monster, or an abuser, you are essentially doing the same thing.

After I cut ties with the young man who abused me, I became what I was afraid of. I became him in some aspect. I sent him really nasty messages on social media – calling him terrible names and things. I mocked him in person and online. I humiliated him in front of family members. These were very small acts in comparison with what he did to me, but the fact still remains, that I was being a bully. I felt powerless, so I felt I had to exert power over someone else [my abusive X] and take it however I needed to.

People who are abusers, however won’t stop at social media when it comes to taking power from others; most of those power hungry assholes don’t know when to stop.

Most people who abuse will take what they can when they can to feel powerful.

Please excuse the casual shade towards abusers. But my point can best summarized by my best friend Priscilla Marconi, “It’s easier to stoop down to [that person’s] level and become what we so greatly loathe.” But the question still remains, how does one find compassion for the person that abused them? How does one find compassion for all of those that have abused someone at one point?

I believe forgiveness of the self comes first, then understanding of the behaviors and situation that ensued, and then maybe, you will be able to see a broken person who committed acts of abuse. This does not come easy. We like to cling to our baggage, however heavy it may be, we like to use it as a weapon in case some new fuckhead tries to do the same shit. And rightfully so! But first, you must learn how to separate your feelings from your experiences.

This site uses Akismet to reduce spam. Learn how your comment data is processed.